We are thrilled to have our work featured in the Jacksonville Florida Times Union! 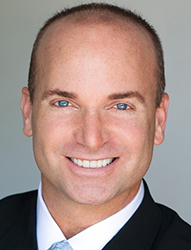 There will be many words used to describe a Jacksonville Beach house that’s now under construction ” smart, efficient, advanced ” but few would serve better than cohesive. From curb to rooftop, it will be a neatly unified testament to forward-thinking.

Indoors and out, it’s a plan meant to work with its owners, not against. When complete in May, the home will be durable and will save time, money and resources for years to come.

By 2013’s homebuilding standards, some of these features and components may be uncommon but the status quo is quickly shifting. Technologies and sustainable design practices have made great strides in recent years, and prices fall lower with each generation of goods. By 2023, a typical starter home could include many of these next-gen features as standard and highly affordable practicalities.

“Technologies that were once relegated to large commercial buildings and multi-million-dollar custom homes are now far more affordable, even if your budget is not huge.” – Irina Johnson, Aria Homes

Spreading the word of what’s possible with today’s home construction and planning is part of the thinking behind the house’s construction. Designed by Mark Macco, director of the Jacksonville chapter of the American Institute of Architects, the contemporary home will also serve as Macco’s personal residence and a showcase for what’s possible to his future clients.

Irina Johnson, founder and head of Aria Homes and the project’s general contractor, said products with the aim of increased durability and efficiency are far more plentiful and affordable now than in the recent past, a trend she fully expects to see continue as awareness increases.

“Technologies that were once relegated to large commercial buildings and multi-million-dollar custom homes are now far more affordable, even if your budget is not huge” said Johnson.

She cites ICFs ” insulated concrete forms ” as an example of a building product that is less cost-prohibitive than in the recent past. Adding to its appeal is the number of benefits for a homeowner.

“ICFs provide added insulation plus the strength of a poured concrete wall” she said, adding that ICF systems are also a smart choice for hot and humid climates.

As far as a home’s design, Johnson said more of her clients are planning to stay in their houses longer and are preparing for future needs.

“I’ve seen a strong trend toward flex spaces” she said. “We plan for future mother-in-law suites, for example. Or, even though a master bedroom may initially be a space on the second floor, we might plan a space on the first floor that can be used as they age.”

As reflected in the Macco project, smart use of space ” and a smaller house ” is another element that’s expected to gain popularity as owners increasingly consider efficiency and salability above overblown square footage.

“I think the days of building grandiose mansions are gone” she said, “the houses that require giant water bills and gas bills and electricity bills. People now want a house that’s efficient, that’s livable, that allows them to stay in it as they age. You want to have spaces you live in. Fewer people are interested in two-story foyers where nobody spends time, yet still cost money to heat and cool and light.”

In fact, building standards with an aim at efficiency have already entered the mainstream. The Environmental Protection Agency’s Energy Star program has a rating system in place for home construction and a number of national builders are offering homes compliant with the program. In Jacksonville, for example, KB Home has already built 713 Energy Star-rated homes while Providence Homes has built another 441. Many other Jacksonville builders are also rated as Energy Star Builder Partners (see a full list at http://1.usa.gov/1elqhlj).

A well-built house with sensible design is appealing on its own, but a system aimed at whole house automation can enhance efficiency, savings and comfort.

Imagine waking up and starting your day by pushing a “Morning” setting on your iPad. All at once, soft lights start to rise slowly in the master bedroom and bathroom and down the hallway that leads to the now illuminated kitchen. The thermostat adjusts to a preferred temperature. Music begins to play from surround speakers, audible from each of the rooms as you ready yourself for work. As you depart the master suite for the kitchen, the room’s lights and music power down. Every setting is tuned to your routine.

Jason Moore, vice president and project manager at Moore Electrical Contractors, said the trend toward whole house automation has really gained steam in the last 2-3 years and accounts for upwards of 30 percent of his company’s business.

“We started to expand our product offerings to include more tech within the last 10 year,” said Moore. “It started with structured wiring for cable TV, computer networks and telephones, then some basic audio packages and home theater. As things progressed, we brought on whole-home lighting control systems, motorized shade systems, then ultimately full-blown home automation systems.”

Moore, who designed the automation system for HGTV’s 2013 Smart Home and will also oversee the Macco system, said the automation technology is also far more affordable and accessible now than in the recent past thanks to innovations such as the iPad.

“Tablets have been a huge game changer” said Moore. “It used to be that a home automation system required a touch panel, costing from $3,000 up to $10,000 or more depending on the size of the panel. Now we’ve got iPads that cost $600 to perform the same role.”

Another advancement, WiFi, has allowed existing houses to adopt automation without additional wiring and other complications.

“Wireless technology has gotten so good and so dependable that now we can go into a [retrofitting] project and, with confidence, convert it over” said Moore. “It’s not that hard to do.”

Moore said the aim of the systems is always three-fold: aesthetics, convenience and energy awareness. And these types of technologies could also be very common, very soon.

“You can take a bunch of app-based technology and put it in your house and create some convenience of being able to jump on your tablet and control your environment from app to app to app” he said. “The apps don’t communicate and allow the type of interoperability [that’s available from a whole home automation system].

“An important distinction that I try to make between that approach and a whole-house automation system is that a whole house automation system basicly ties those apps together, so when you press the “Entertaint” on your lighting control system you can have that not only effect the lighting but also the lights and the fountains in the swimming pool, the audio system, the thermostat. It can take an event on one system and relate it to what you want to happen in the other systems, as well.”